Guantánamo Frames investigates how ‘minor’ media objects – such as photographs, online videos of virtual visits, and other media objects – related to the Guantánamo detention camp, produced and distributed by the US Department of Defense and Joint Task Force Guantánamo, have never simply been a ‘given,’ that is, objects which merely depict circumstances at the camp as they are, and show us what can be seen from and known about the facility. Quite the opposite, in fact: throughout the four chapters of this dissertation, I demonstrate that these objects are the products and results of the intense planning, production, distribution, and framing efforts undertaken by the US government. This led me to argue that a critical engagement with how the US government tries to control our perception Guantánamo requires an in-depth analysis of the various institutional frames it has deployed to delineate what we can perceive from, and know about, the camp and the situation of its detainees.

Following Judith Butler’s observation about our understanding of war, Guantánamo frames—be they visual, technological, or institutional—have consistently imposed “constraints on what can be heard, read, seen, felt, and known”[1] about the detention camp. Thinking about how these media objects have been framed by the US Department of Defense and the Joint Task Force Guantánamo, it became clear to me that, despite them being a powerful tool to limit what we can perceive, the Guantánamo frames are flawed or even ‘defective’ in themselves. Significantly, small ‘ruptures’ in these frames have come to be points of departure for interventions initiated in various fields—for example, by human rights lawyers, artists, journalists and the detainees themselves—which reveal that every attempt taken by the US Department of Defense to normatively regulate what we can perceive from the Guantánamo detention camp is “shadowed by its own failure.”[2] Hence, in each of my chapters, I illustrate how the institutional attempts to regulate the production, distribution, and perception of these objects has failed, insofar as the latter could not be entirely controlled by the US government and Department of Defense. 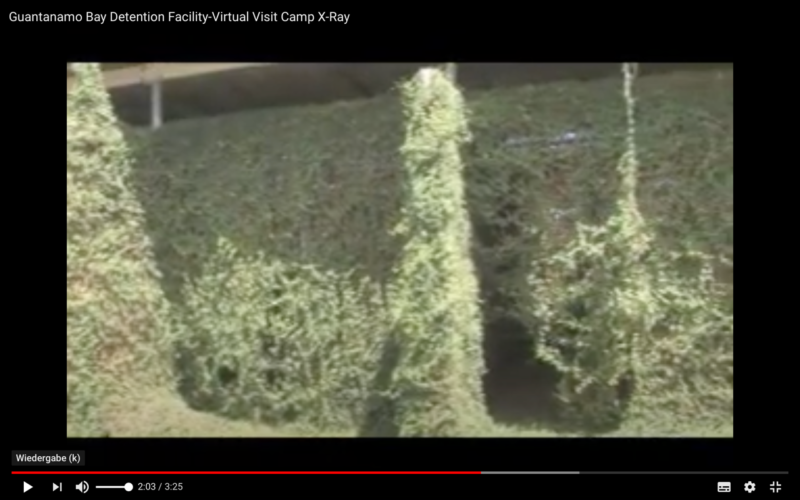 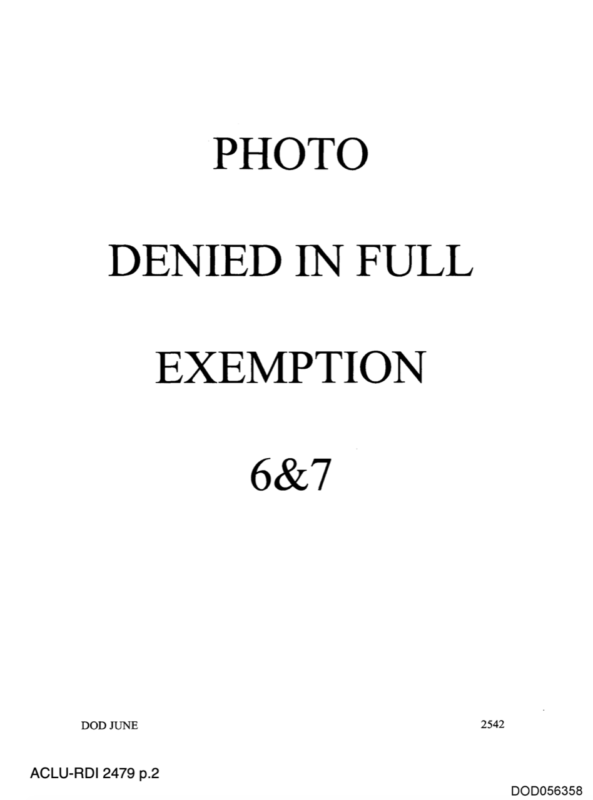 Rebecca Boguska received her B.A. in Theater, Film and Media Studies from the University of Vienna and her M.A. in Theory and History of Film and Gender Studies from the University of Zurich. From September 2017 to October 2020, she was a PhD candidate and research fellow at the “Configurations of Film” research training program at the Goethe University Frankfurt. Her PhD project investigates ‘minor’ media objects – such as photographs, online videos of virtual visits, and other media objects – related to the Guantánamo detention camp, which were produced and distributed by the US Department of Defense and Joint Task Force Guantánamo. Since November 2020, she is an academic staff member at the Institute for Film, Theater, Media and Cultural Studies at the Johannes Gutenberg University Mainz. Her next project´s focus lies on images and techniques of coastal research.