The conference „Tacit Cinematic Knowledge“ has been postponed to September 24-26, 2020. It will take place as a web conference, the modalities of which will be announced in the future.

Organized by the Research Collective “Configurations of Film”

During a hospital stay in the US, French anthropologist Marcel Mauss became fascinated with the nurses’ gait, which reminded him of the peculiar way of walking by Hollywood movie stars. Back on his feet and back in Paris, Mauss noticed the same gait among Parisian women: “In fact, American walking fashions had begun to arrive [in France], thanks to the movies.” However problematically gendered it now appears, Mauss’s observation, which he made in connection with his study Techniques of the Body (1934), alerts us to an important mode of knowledge circulation that we define as “tacit cinematic knowledge”: implicit, informal, and uncodified knowledge acquired in, with, and through film and cinema that informs cultural and social practice outside the cinematic dispositif. Drawing on Michael Polanyi’s concept of “tacit knowledge,” the notion of “tacit cinematic knowledge” allows us to theorize how tacit epistemic templates that use cinematic forms and techniques configure and enable daily activities, social interactions, warfare, education, and working procedures.

The theorization of “tacit cinematic knowledge” also has a historical dimension. Cinematic techniques have been common in many fields of cultural practice since the development of moving image technologies, and configurations of film have continuously appeared in unexpected locations and unsuspected forms, formats, usages, and temporalities beyond the cinema. In the late 1930s, Eisenstein described architecture in terms of a “montage sequence … subtly composed, shot by shot” by his legs as he walked among the buildings of the Acropolis. In the early 1940s, war reporter and novelist Vasily Grossman wrote about the experience of battle, stating that he was “forever feeling as if I am on the cinema screen, not just watching it.” Today, airports, data centers, weather stations, laboratories of aerodynamics and fluid mechanics, corporations, military bases, schools are just a few examples of sites where cinematic knowledge routinely supports and shapes different sorts of procedures, social and object interactions. From software for the visual design of industrial products to games for military training, from surveillance cameras to telepresence robots that facilitate multinational corporate meetings, from videos that guide the bodily movements of people learning a new recipe on the Internet to self-tracking devices that allow for performance control, film technologies have become ubiquitous. In other words, in order to understand the present state of tacit cinematic knowledge, we also need to understand how film entered into a variety of realms of practices, which are at first sight unrelated to film in its cinematic context.

The international conference “Histories of Tacit Cinematic Knowledge” invites scholars to further theorize and historicize “tacit cinematic knowledge” in its different configurations. Specific questions to be addressed include: What is the unnoticed part of cinematic knowledge in the production of scientific evidence? How do techniques and templates from film affect architectural design, musical composition, or sports performance? How do modes of circulation and formats of film reshape human and non-human interactions and what types of political action do they inconspicuously give rise to? How does “tacit cinematic knowledge” create inequalities through processes of colonizing, and of gendering societies, or what is the potential of “tacit cinematic knowledge” in opposing institutional discrimination? What impact do configurations of film beyond the cinema have on economies of production, distribution, and consumption? How do film-based technologies inform policies of security and regulate the circulation of people? How do filmic procedures generate affect and emotions in areas that apparently have nothing to do with film?

We welcome contributions from all scientific fields, including sociology, anthropology, architecture, literature, musicology, educational sciences, neurosciences, engineering and technology studies, theatre, film and media studies. We are especially interested in papers that engage with the following topics: 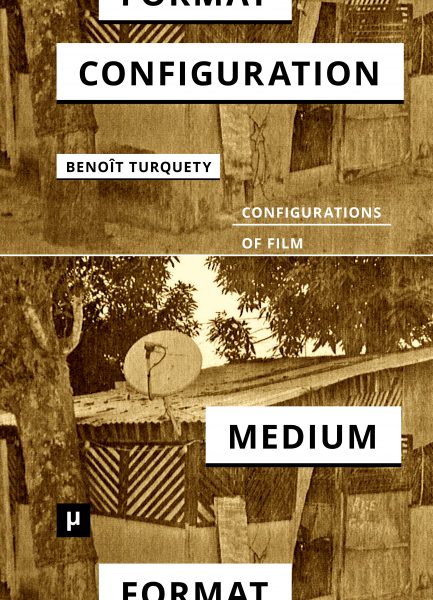