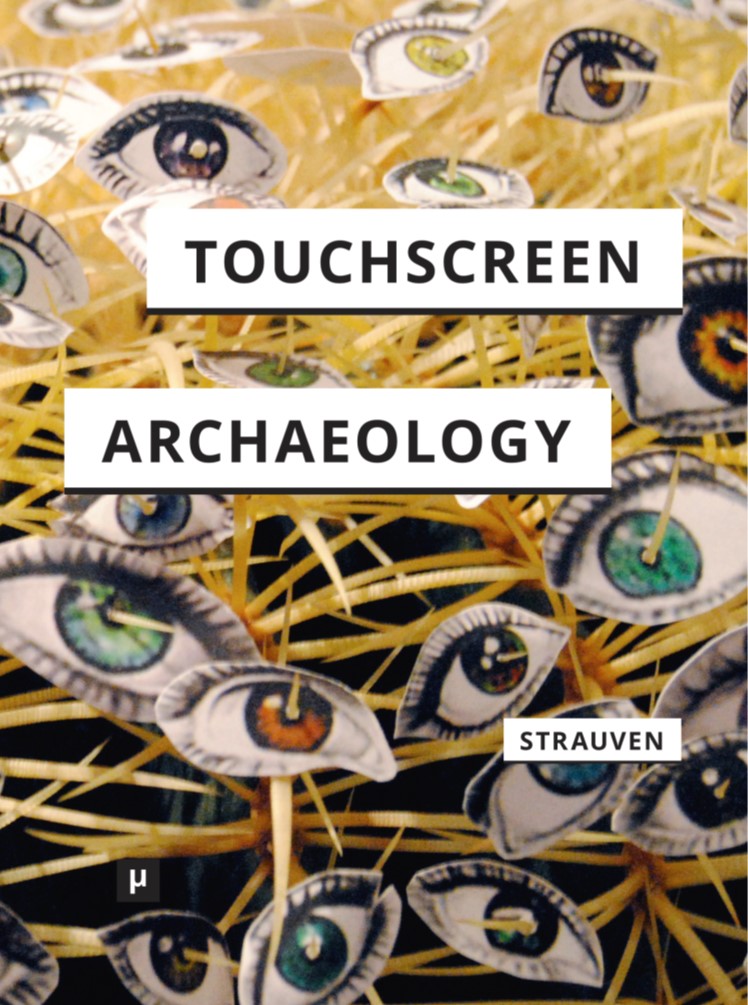 The new book of Wanda Strauven is now available at meson press.

The touchscreen belongs to a century-long history of hands-on media practices and touchable art objects. In her media-archaeological excavation, Strauven examines the nature of our tactile involvement with media and invites the reader to think about the touchscreen beyond its technological implications. In six chapters, she questions and historicizes both aspects of the touchscreen: “touch” as a media practice and “screen” as a touchable object. Taking cue from the so-called rube figure of early cinema, the book looks at various instances of proper and improper screen touching and discusses the tecnicity of hand gestures, such as thumbing a flipbook, pinching a tablet, and caressing a projection. Finally, it proposes to consider the image-on-screen as a touchable object similar to the touchable surface of the screen itself, for which the notion of “image+” is introduced. Picked up from image processing software, this term refers to today’s screenic image that goes beyond its visual appeal by adding an extra, often tactile or hands-on, dimension (e.g. the image as a hyperlink, as a gateway to something else, as a form of play).

News
Back
Previous
Extension of funding period
Great news: The German Research Foundation (DFG) has extended funding for the Graduiertenkolleg "Configurations of Film"!
Next