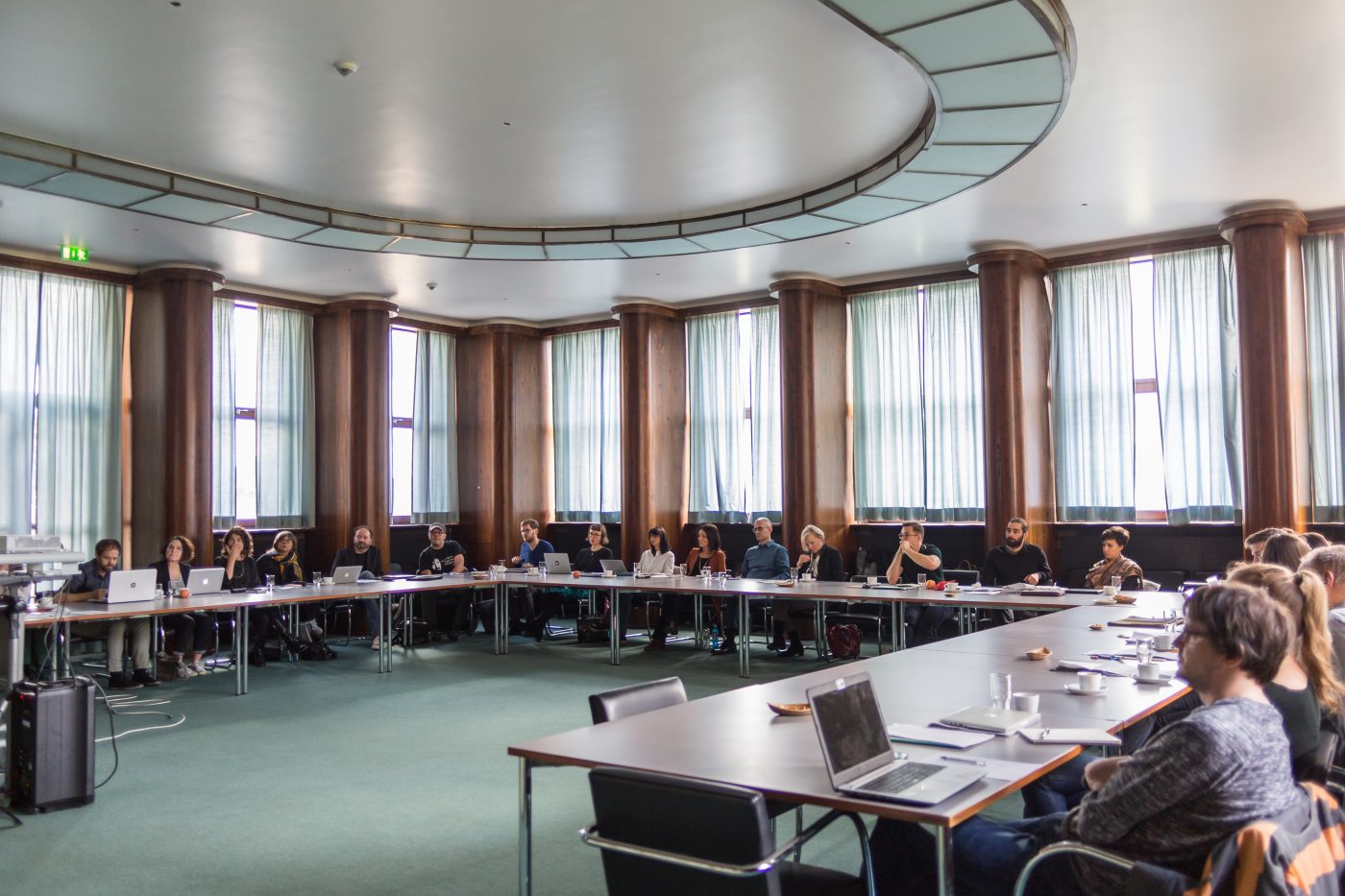 With the opening workshop taking place in both the Eisenhower Room – the former conference room of the Supreme Headquarters of the Allied Expeditionary Forces – and the Deutsches Filminstitut, the Graduiertenkolleg positioned itself as a de-centered, multifocal research group right from the get-go. As an endeavor meant to be collaborative in nature, the doctoral students, postdocs, coordinator, co-director, and director were asked not to present their own projects during the workshop, but those of their fellow members in the collective, thus facilitating the scholarly cross-pollination that is to characterize our future work. Films were shown. On the first evening: Howard Hawks’s 1941 screwball-comedy/academia persiflage Ball of Fire (Quote: “Don’t look into the matter – look into the library.”). On the second evening: The latest film by European high-brow darling Jean-Luc Godard, namely Adieu au language (Quote: “What is difficult is to fit flatness into depth.”). In between: informal talks on the megalomaniac balcony of the Eisenhower Room, talks over sandwiches, talks over coffee and sandwiches, talks over talks either overheard incidentally or intentionally, talks about the state of things.

Kolleg events
Back
Next 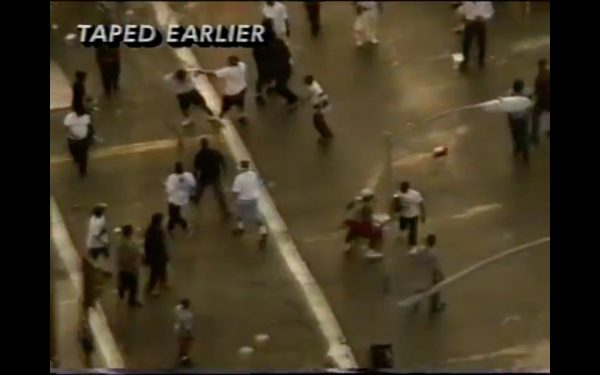 Eisenhower Room in the IG-Farben Building
Theory Lab
Shortly after its opening workshop, the research collective started working on the question of how particular theoretical frameworks could be developed, which would fit its vision of an interdisciplinary approach.